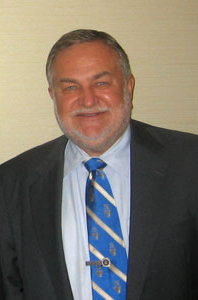 For over three decades, Wayne Valis has built a track record of success on major public policy issues and business development.

Mr. Valis has an unsurpassed knowledge of the inner workings of the White House and U.S. Executive Branch.  Prior to founding Valis Associates in 1983, Valis personally served three U.S. Presidents: Nixon, Ford, and Reagan.  From 1981-83, he served as Special Assistant to President Reagan for liaison with business, working on the Economic Recovery Program.  As President Reagan’s coalition builder with the business community, he worked with over 1,000 trade associations, corporations, companies, and public interest groups.  His special assignments included the landmark budget and tax legislation of 1981 and 1982, AWACS, and other issues.  In addition, he assisted then-Vice President George Bush on regulatory reform issues.

From 1973-74, Valis was Staff Assistant to President Nixon, working first on the Domestic Policy Council and later with the Watergate defense team. From 1974-77, he was Director of Planning and Research, Office of Public Liaison, for President Ford.

During 1972-73, and from 1977-81, Valis served at the American Enterprise Institute, a non-partisan, public policy research center.

Prior to 1972, Valis was the editor of The Intercollegiate Review, a scholarly journal published by the Intercollegiate Studies Institute (ISI) in Wilmington, Delaware.  In 1984, he was elected to ISI’s Board of Trustees, and serves as Vice Chairman of the Board and Chairman of its Finance Committee.

Additionally, Valis has written numerous articles and reviews as well as two books, The Future under President Reagan and The Lincoln Magna Carta: an Icon of Freedom for the Twenty First Century.  He is also listed in Who’s Who in American Politics.  He earned his bachelor’s degree in political science from Rutgers University.  He is a member of the Robert Trent Jones Golf Club (Lake Manassas, VA), The George Town Club, the Philadelphia Society, Tantallon Country Club, the St. Andrews Golf Club (Scotland), the Half Moon Golf Club (Jamaica), the Dye Club at Barefoot Landing (South Carolina) and the Crail Golfing Society (Scotland).

He is married to Angela, father of Maura and has three grandchildren. The Valises enjoy entertaining clients and friends at their homes in Jamaica, South Carolina and Scotland.